We encourage local congregations and varied ministry settings, inspired and guided by the Holy Spirit, to form covenant partnerships with all who work for the common good in their local communities and throughout the world.

As the Southern New England Conference continues to live out its mission to develop new covenant partnerships it’s important to explore relationships that have not yet been explored. Toward this end the Conference has recently joined multiple chambers of commerce in our three states. In most instances, the Conference is the first faith-based non-profit organization to establish these strategic partnerships. Our presence will provide a much needed faithful voice in the economic growth and development of our three states.

The Greater Providence Chamber of Commerce (GPCC) is a membership association of Rhode Island companies and organizations and one of the largest statewide chambers of commerce in the Northeast.

The Connecticut Business & Industry Association is the voice of business in Connecticut, with thousands of member companies championing change at the State Capitol, shaping debate about economic competitiveness, and fighting for a better future for all.

The Connecticut Gay & Lesbian Chamber (CTGLC) provides valuable business development opportunities, financial access and educational resources to the lesbian, gay, bisexual, transgender, questioning and others (LGBTQ+) and allied business community in the greater Connecticut area. As the official affiliate chamber of the National Gay & Lesbian Chamber of Commerce (NGLCC), CTGLC is the voice of hundreds of LGBT-owned businesses and actively promotes and creates supplier diversity and procurement opportunities for its growing base of corporate partners and business members.

An example of forming partnerships with other religious traditions is the

Together We Thrive  initiative focused on clergy leadership & development, funded by a grant from the Lilly Endowment.  It is a  collaboration between the Southern New England Conference UCC, The Episcopal Diocese Of Western Massachusetts, And The New England Synod ELCA, Lutheran.

The historic conferences of Southern New England each came into the new conference with existing international partnerships. Numerous groups have traveled to Haiti, and the task team continues today, more dedicated than ever to its mission.  Find out more 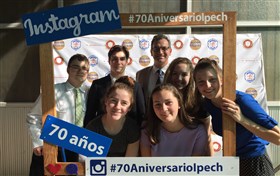 In 1985, the Massachusetts Conference of the United Church of Christ entered into a Mission Partnership with the Pentecostal Church of Chile (IPC), an independent denomination founded in 1947 under the leadership of Bishop Enrique Chavez.  From 1996 until 2016, Mission Co-Worker Elena Huegel served in Chile through Global Ministries to support and facilitate the relationship with the church of the Massachusetts Conference.  Find out more. 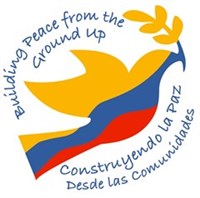 The Connecticut Conference has worked in an ecumenical partnership with Evangelical Council of Colombia since 2001. That relationship has been facilitated by Mission Co-Worker Michael Joseph.   Find out more.

Hands on Tree Photo by Shane Rounce on Unsplash